Age Scotland has welcomed a new Scottish Government initiative to increase public awareness around installing interlinked fire and smoke alarms, but says there is still a long way to go to ensure all households affected by the significant change are able to meet requirements.

The new legislation was introduced in the wake of the tragic Grenfell Tower fire to establish new safety standards that require interlinked fire and smoke alarms throughout the house and will affect around 1.5 million owner-occupied homes in Scotland.

The Scottish Government’s media campaign, launched today (19 August) aims to make homeowners aware of the changes to legislation, as well as their responsibilities and what assistance may be available.

The charity hopes it will also help address ongoing concerns, such as the ability for people on low incomes to afford the measures, where to access trustworthy support on installation, and the short-term risk of scams and rogue traders.

Age Scotland previously called on the Scottish Government to delay the deadline for homeowners to meet the requirement due to a severe lack of public awareness and to make up for the year lost due to COVID-19, ultimately resulting in an extension to 1 February 2022.

“Good home fire safety standards are vital, and we appreciate the Scottish Government making this support and guidance available to assist homeowners in complying with the new legislation.

“The looming deadline for the installation of interlinked fire alarms caught the majority of homeowners by surprise last year and we’re very glad an extension was granted, albeit only for a year.

“However, there are still a number of concerns we hope to see addressed ahead of the new deadline.

“There has been an underestimation of the scale of financial help that will be required by older households. There are 150,000 pensioners in Scotland living in poverty and hundreds of thousands more on low and fixed incomes, and our research has consistently shown high levels of anxiety from older people when it comes to affording bills.

“For example, two thirds of respondents in our Big Survey said that their energy bills had increased due to lockdown, with 13% struggling to pay and 38% taking measures to use less energy.

“Many older homeowners have voiced concerns over the affordability and cost of these devices, as well as where to access support to install them. The financial aspect will be a particular worry for those on low incomes who fall just outside eligibility criteria for support, as the average cost of the various interlinked alarms has been estimated at around £220, but this is not taking into account the added costs of installation and set up for those not able or comfortable doing this themselves.

“There is also still uncertainty about how home insurance policies, or home reports if buying and selling, may be impacted going forward, as well as how to prevent scammers and rogue traders from taking advantage of those worried about meeting the timescales for installation.

“We hope this initiative will lead to increased public awareness among homeowners about how to access support in meeting these important safety standards. Every household affected must have the time and resources to make safe and affordable decisions to meet requirements ahead of the deadline, and we’re grateful to see support available in both digital and non-digital formats to ensure the message reaches the half million over-60s in Scotland who do not use the internet.”

About Care and Repair 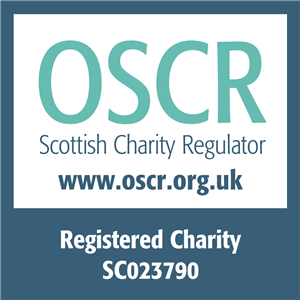 We use cookies on our website to give you the most relevant experience by remembering your preferences and repeat visits. By clicking “Accept All”, you consent to the use of ALL the cookies. However, you may visit "Cookie Settings" to provide a controlled consent.
Cookie SettingsAccept All
Manage consent

This website uses cookies to improve your experience while you navigate through the website. Out of these, the cookies that are categorised as necessary are stored on your browser as they are essential for the working of basic functionalities of the website. We also use third-party cookies that help us analyse and understand how you use this website. These cookies will be stored in your browser only with your consent. You also have the option to opt-out of these cookies. But opting out of some of these cookies may affect your browsing experience.
Necessary Always Enabled
Necessary cookies are absolutely essential for the website to function properly. These cookies ensure basic functionalities and security features of the website, anonymously.
Functional
Functional cookies help to perform certain functionalities like sharing the content of the website on social media platforms, collect feedbacks, and other third-party features.
Performance
Performance cookies are used to understand and analyse the key performance indexes of the website which helps in delivering a better user experience for the visitors.
Analytics
Analytical cookies are used to understand how visitors interact with the website. These cookies help provide information on metrics the number of visitors, bounce rate, traffic source, etc.
Others
Other uncategorized cookies are those that are being analysed and have not been classified into a category as yet.
Advertisement
Advertisement cookies are used to provide visitors with relevant ads and marketing campaigns. These cookies track visitors across websites and collect information to provide customized ads.
SAVE & ACCEPT
Powered by